AMC partnered with the city of Bethlehem and the Southside Arts District to design and install a new interpretive kiosk along the South Bethlehem Greenway.

The South Bethlehem Greenway is a paved-multi-use trail that runs through the south side of Bethlehem along a former rail corridor, and is an important section of the Highlands Trail in Pennsylvnania. The three-panel interpretive kiosk project began in 2017, with AMC staff meeting with Missy Hartney, the Director of the Southside Arts District (SSAD) to discuss the design. SSAD supported the project and provided content and photography for the kiosk. AMC also coordinated with the City of Bethlehem to determine the location of the kiosk along the Greenway. The city selected the location as the intersection of Polk Street and the Greenway. City of Bethlehem Park and Recreation staff provided a map of city recreation facilities that was utilized on one of the kiosk panels. The other two panels included information and photos about the Mid-Atlantic Highlands, the Highlands Trail Network and the Southside Arts District. The South Bethlehem Greenway is planned to link directly to the Saucon Rail Trail in Hellertown, also part of the Highlands Trail network. 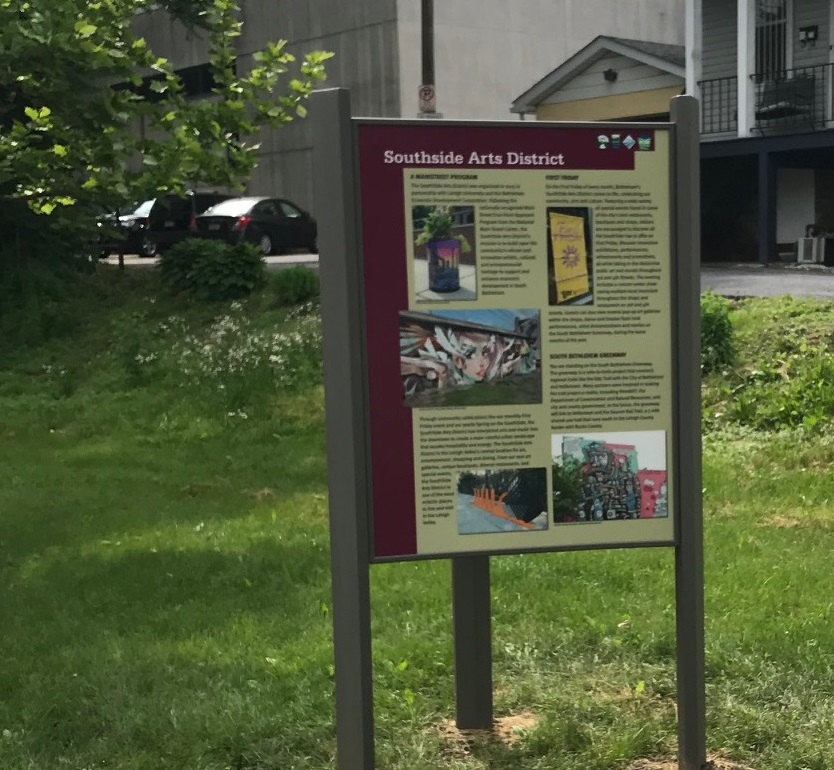 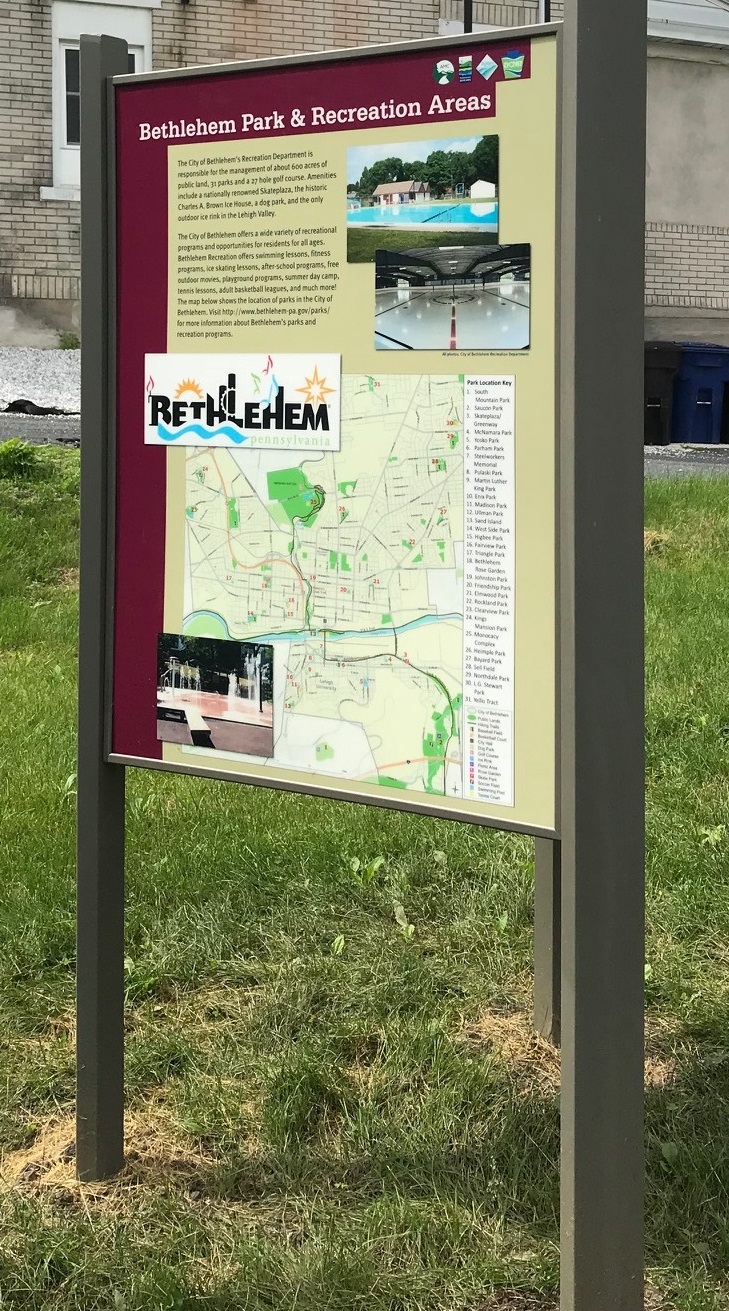