Quakertown Borough Council adopted the official Highlands Trail route through the Borough back in 2016. The Appalachian Mountain Club and its consultant, Campbell Thomas & Company, prepared the signage plan and AMC purchased the signs in the fall of 2017. The signs guide trail users along the Highlands Trail path on the sidewalks of Quakertown, and alert motorists to the presence of bicycles along the on-road bike route. 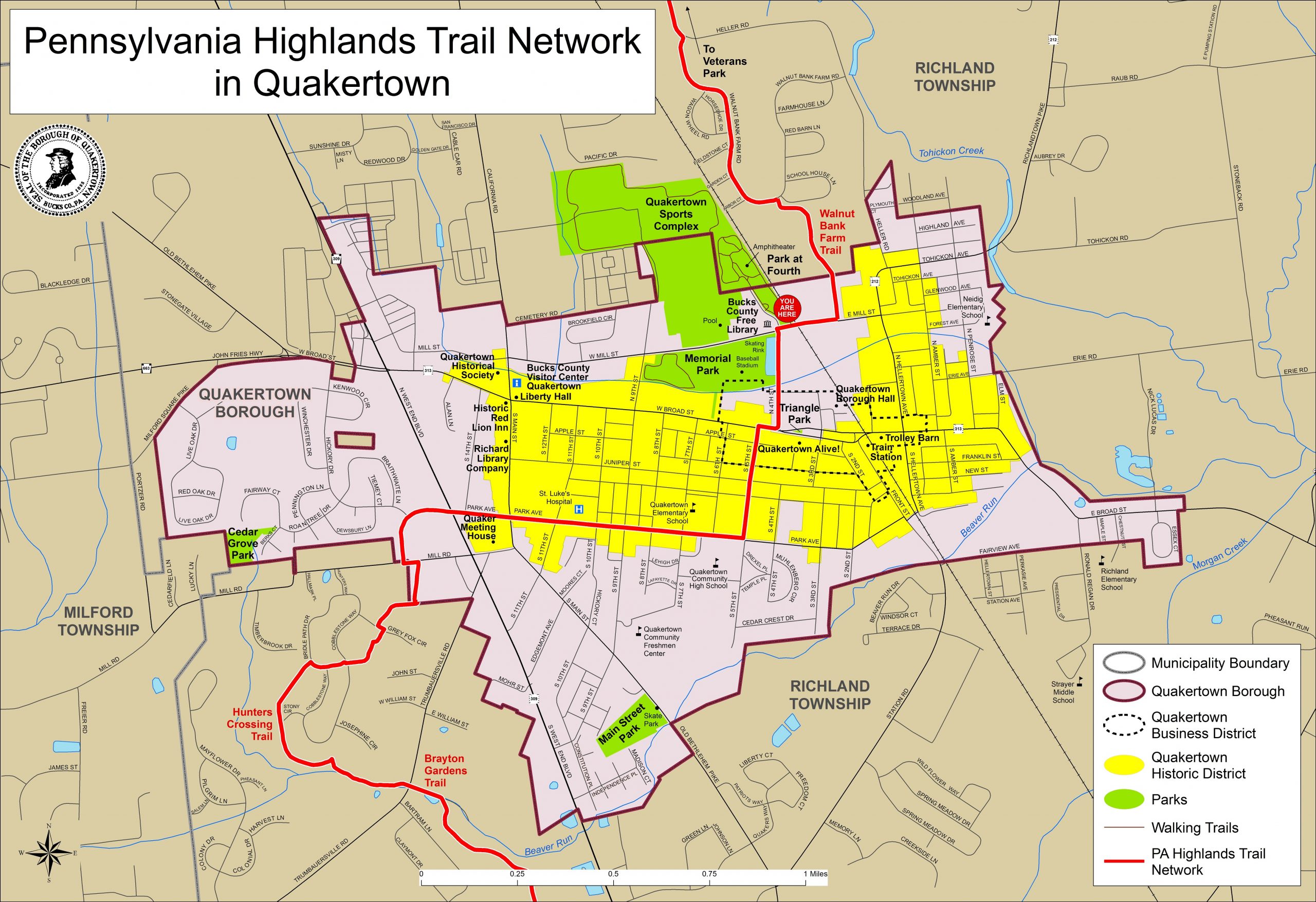 From the north, continuing from the existing trail in Richland Township, the Highlands Trail in the Borough begins on East Mill Street near the Park at Fourth and turns south onto Fourth Street. At West Broad Street, the trail turns right and heads west for a half-block to Fifth Street, where the trail turns left and heads south. When the Highlands Trail reaches Park Avenue, the trail turns right and heads west, crossing Route 309. The Borough is seeking grant funding to improve this intersection for pedestrians and bicyclists. After crossing Route 309, the trail continues along Park Avenue, turning south until it meets Mill Road. A small gap exists between Mill Road and the Hunter’s Crossing Trail in Richland Township. The signs are located along the route and include the Highlands Trail marker, as shown below. 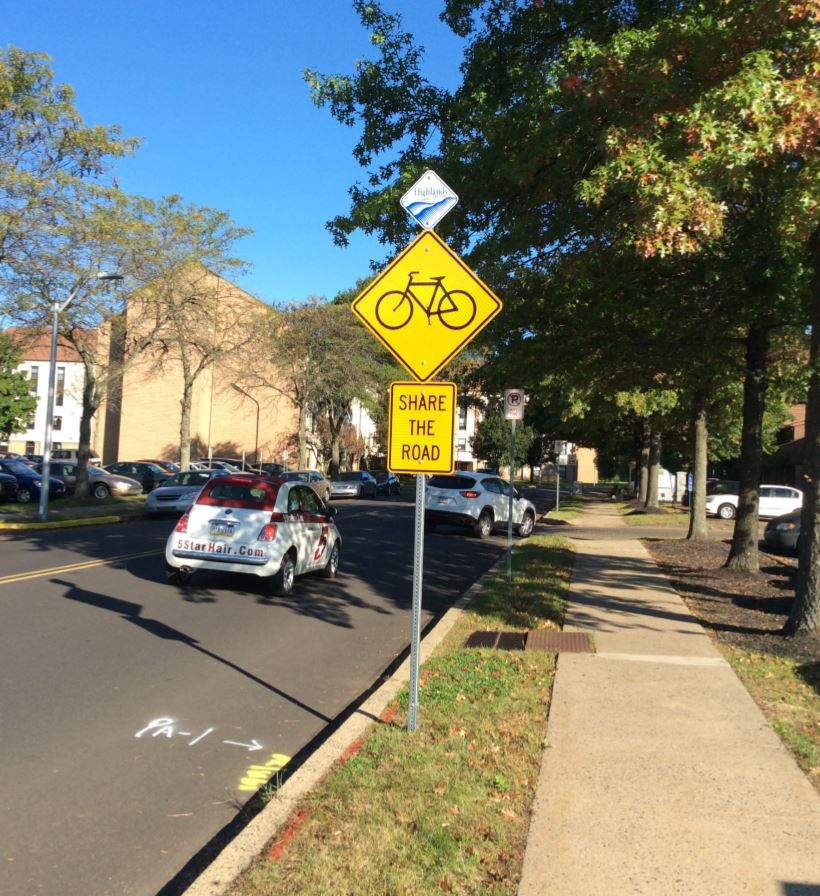