The purchase of the mostly wooded property is a joint project with adjacent Springfield Township, Bucks County.  Half of the funding for the acquisition came from the federal Highlands Conservation Act, administered by PA DCNR. The townships also contributed to the purchase through their open space funds. The property is located at 2540 Martins Lane, Hellertown. The tract contains the headwaters for Cooks Creek, the region’s largest creek, an important cold water fishery, and a critical treasure of the Pennsylvania Highlands. 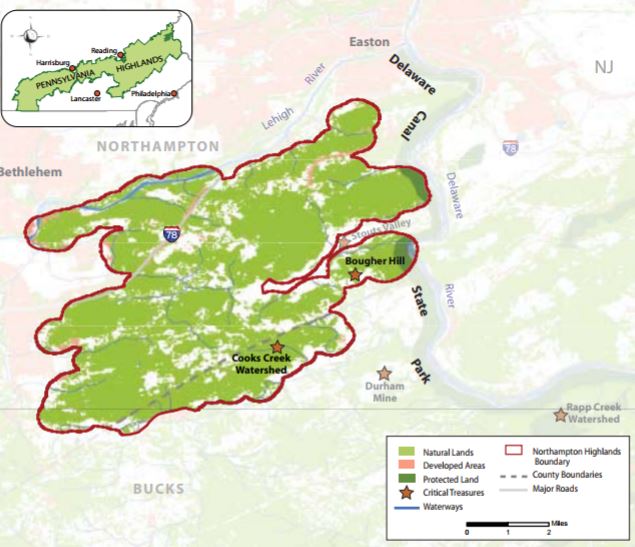